Room 237 – A subjective documentary that explores the numerous theories about the hidden meanings within Stanley Kubrick’s film The Shining (1980).  Trailer

Chasing Ice – Follow National Geographic photographer James Balog across the Arctic as he deploys time-lapse cameras designed for one purpose: to capture a multi-year record of the world’s changing glaciers.  Trailer 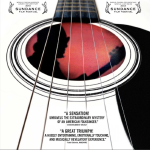 Details: Due in 2012; starring Rodriguez, Steve Segerman and Dennis Coffey

The Central Park Five – A documentary that examines the 1989 case of five black and Latino teenagers who were convicted of raping a white woman in Central Park. After having spent between 6 and 13 years each in prison, a serial rapist confessed to the crime.  Trailer

Details: Due in 2012; starring Diana Vreeland and Philippe De Montebello

Details: Due in 2012; starring Diego Luna, Kinky and Lila Downs 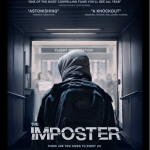 The Imposter – A documentary centered on a young Frenchman who convinces a grieving Texas family that he is their 16-year-old son who went missing for 3 years.  Trailer

Waiting for Lightning – A documentary on pro skateboarder Danny Way’s tough childhood and his contributions to the sport, including footage of his jump over the Great Wall of China.  Trailer 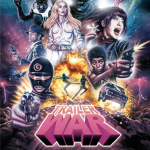 Trailer War – Unleashed from the vaults of the Alamo Drafthouse, a meticulous selection of the best, strangest and most amazing coming attraction trailers in the world! Most have never been available in any home format, and all are presented in HD for the first time.  Trailer

Details: Due in 2012; starring Joe Dante 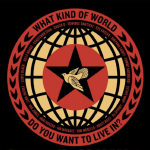 Let Fury Have the Hour – A documentary that chronicles how a generation of artists, thinkers, and activists used their creativity as a response to the reactionary politics that came to define our culture in the 1980s.  Trailer

The Ambassador – Danish journalist Mads Brügger goes undercover as a European Ambassador to embark on a dangerous yet hysterical journey to uncover the blood diamond trade in Africa.  Trailer

The Waiting Room – Go behind the doors of an American public hospital struggling to care for a community of largely uninsured patients.  Trailer

… Did we miss something? Let us know in the comments section (below) and we’ll make sure it gets added.